The Ohio Theatre was built in 1938. For decades, this was a site for the community to come together to enjoy a show, snacks, and the ambiance of a historic landmark.

In December of 1958, Some Came Running starring Frank Sinatra, Dean Martin, and Shirley MacLaine, premiered at this venue. To commemorate the event, a Hollywood Star was placed out in front of the theatre to honor the stars and the movie which was filmed in Madison.

The theatre is remembered fondly for its free summer movie series enjoyed by youth from around the region, smells of fresh-popped popcorn wafted out of the doors and out into the bustling traffic Main Street. This location also served as an event space for several community affairs.

Sadly, in June of 2018, the roof of the theatre caught fire. A group of locals banned together and formed The Friends of the Ohio Theatre and established themselves as a non-profit dedicated to the revitalization of this beloved historic landmark where so many memories were made.

In the future, this space will be used as a space to hold events, concerts, plays, and movies of course! Check out the Ohio Theatre’s Facebook page to stay up to date on the restoration process! 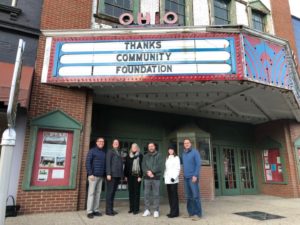 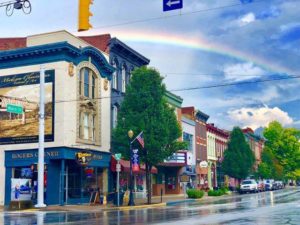 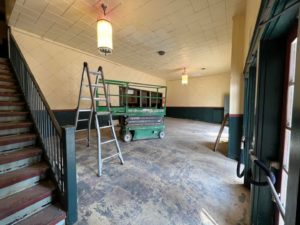