View of the Great Crescent Brewery building constructed in 1843

Great Crescent Brewery is a restaurant and brewery located in Downtown Aurora, Indiana that is along the banks of the Ohio River. The restaurant and brewery occupies part of a complex that was built in 1843 which was the Thomas and James Gaff distillery along the bank of Hogan Creek. Great Crescent Brewery adopted the name from the original Crescent Brewing Company that was located along the bank of the Ohio River across the street from Lesko Riverfront Park. The original Crescent Brewing company was a large brewery that was engaged in brewing operations in the late 1800’s and exported beer across the U.S. , Europe and as far away as Australia.  Remnants of the brewery are still located at the site which include the remains of a foundation wall adjacent to Market Street and 2 caverns where beer was lagered.

After the Thomas and James Gaff distillery ceased operations in the late 1800s, the warehouse building occupied by Great Crescent Brewery was operated as a buggy factory, Indianapolis Chair Company and various other businesses, before being purchased in 2010 to house the restaurant and brewery. The warehouse where the restaurant is located is a mostly untouched original structure from 1842 and the main building was expanded in the late 1890’s. Evidence of the previous businesses, mainly the buggy factory and furniture factory, are still present.

Great Crescent Brewery beers are made with fresh malt and local hops. Every beer is hand-crafted in small batches using traditional brewing methods.

Beer is sold by the glass in our taproom and carried out in 32oz bottles. Nearly 100% of the beer and food offered at Great Crescent Brewery is prepared in-house… and we even bake the bread fresh every day. All of our beers and every other menu item are prepared from fresh, whole foods, made without added preservatives, chemicals or flavor enhancers. We do it this way because we believe you deserve fresh and healthy food and drink.

There are also soft drinks, local wines, hard ciders and spirits available for purchase, and are mostly local offerings from Indiana and Kentucky.

We’re here because we want to be here – creating beer, cooking fresh food, living responsibly, and sharing our unique restaurant and brewery experience.

Come visit us to experience all that we have to offer. 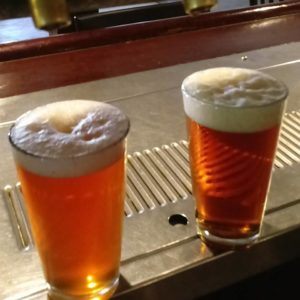 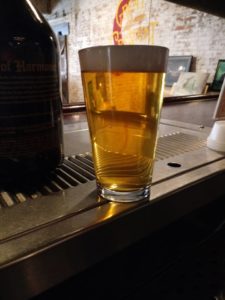 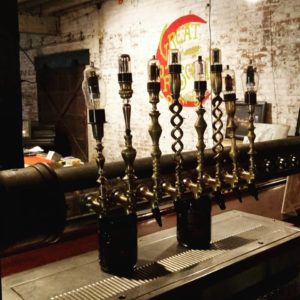 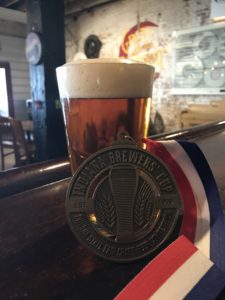 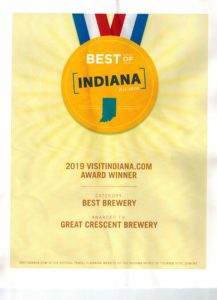 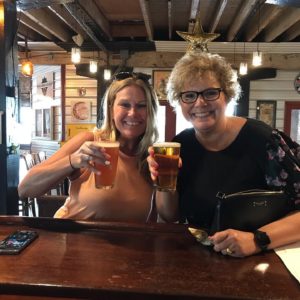 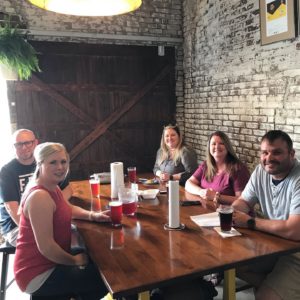 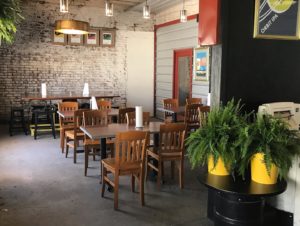