Francis Costigan, Madison’s most important architect, built this magnificent home for his family. This newly restored Greek Revival townhouse showcases 19th-century styles designed to pay tribute to this architectural feat of proportions. This monument is now owned and maintained by Historic Madison, Inc. 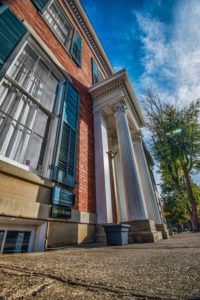