The Northern Plains National Heritage Area helps celebrate indigenous culture, both traditional and modern. Located on the Missouri River, this area was originally home to the Mandan, Hidatsa, and Arikara people. The Oceti Sakowin also have ancestral ties to this area. In the winter of 1803-1804, Lewis and Clark were assisted by the Mandan and Hidatsa. This is also where they met their guide, Sakakawea. These indigenous peoples also worked with early European fur traders. This is also where The Dakota Wars of 1862-1865 was fought. The construction of the Northern Pacific Railroad in 1872 brought with it a new wave of European immigrants to the area. With all the rich history of the area, there are several places of interest to see while you’re here.

The Lewis and Clark Interpretive Center has several exhibits, artifacts, and art that celebrate their journey. The self-guided tours also offer a look at the rich history of the area’s indigenous groups.

Cross Ranch State Park offers 17 miles of trails along with a 5,000-acre nature preserve featuring river bottom forests, prairie lands, and bison. For those wishing for overnight lodging, cabins and yurts are available. Pricing and availability can be found at:

Molander Indian Village State Historic Site offers visitors a look at two settlements of the area, a Hidatsa earthlodge village and a plains village.  Nearly 40 depressions of homes can be seen along with the protective dry moat. Archeologists have discovered several varieties of seeds that were grown in the area including flint corn, beans, squash, wild grape, wild plum, and wild cherries.

Double Ditch Indian Village also features a large earthlodge village. These lodges were inhabited by the Mandan Indians from AD 1490-1785. Double Ditch is one of 7-9 villages located near the Heart River. The population is thought to have totaled around 10,000 during this time.

Knife River Indian Villages was a major trade center for the indigenous people for hundreds of years and eventually for the fur trade with the Europeans. Learn about the daily life of the Hidatsa tribe at the museum, see a traditional earthlodge or learn about the biodiversity and importance of the prairie. 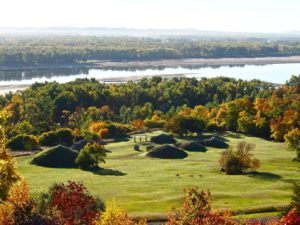 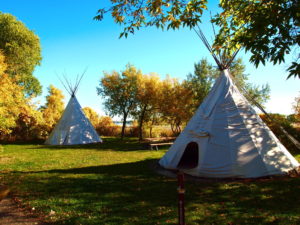 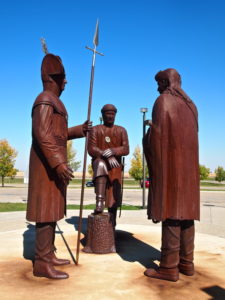 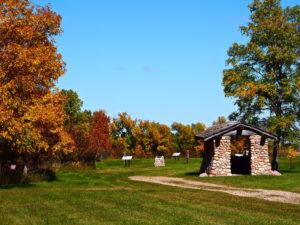 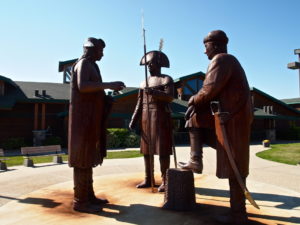 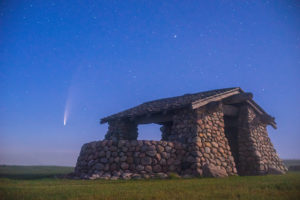 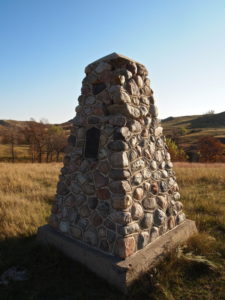