The Jeremiah Sullivan House was built in 1818 and is considered Madison’s first mansion. The house’s stately federal-style structure was home to one of Madison’s most famous leaders. Sullivan and his family lived in the home for over 70 years. This monument is now owned and maintained by Historic Madison, Inc. 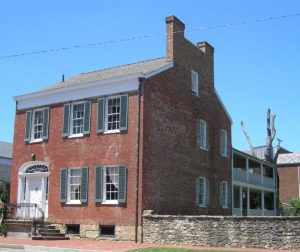