Caproni’s has been a Maysville dining tradition since the 1930’s when it was a sandwich shop for railroad workers. In the early years, the railroad station was a source of customers for the restaurant. Located beside the Amtrak railroad station and along CSX tracks, overlooking the Ohio River, freight and passenger trains roar by within feet of diners. Alfred and Lea Caproni bought the business in 1953. Lea Caproni brought her famous “secret” recipes to the banks of the Ohio, which originated from her family home in Barga, Italy. Today the restaurant continues her recipes and prepares pasta fresh to order and smothers it with goodness and love. In 1966, the building was remodeled so that the wall of windows on the north side brought the Ohio River vista to nearly all of the diners.

Many diners were regulars, including John Skillman, who was involved in the construction of the floodwall which protects the river town. In 1970 he married the owner, Lea Caproni and together they ran “Caps” until his death in 1987. Lea gave up the business in 1990 and the namesake family was no longer associated with the restaurant.

It went through a succession of owners and was closed when Jerry Lundergan, a Maysville native and nationally known caterer, bought the business in 1999. After extensive remodeling, Caproni’s reopened in December of 2000. Over the years many dignitaries have dined there including governors of Kentucky John Y Brown, Wallace Wilkinson, and Martha Layne Collins, Miss America Heather French, as well as First Lady and Secretary of State, Hillary Rodham Clinton. Caproni’s has been a longtime favorite of the Clooney family and has hosted a myriad of movie stars and recording artists.

Classic Cocktails and the finest bourbons are featured at our bar which is made from Cherry Wood honed from the hills of Mason County. A glass etching featuring the Simon Kenton Bridge and the downtown skyline offers a picturesque view of the quaint Maysville community. Stop by for Happy Hour or join us for a fine glass of wine, bourbon, or cocktail.  A relaxing retreat on the banks of the Ohio. 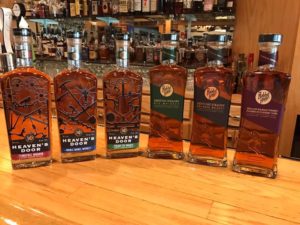 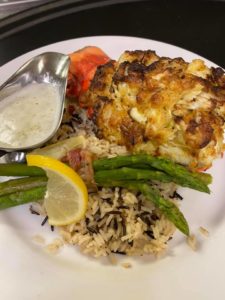 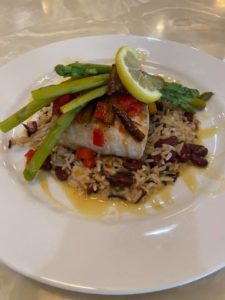 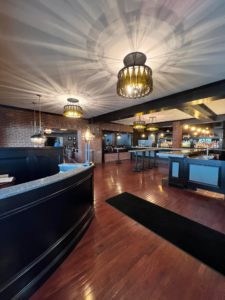 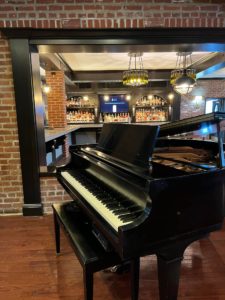 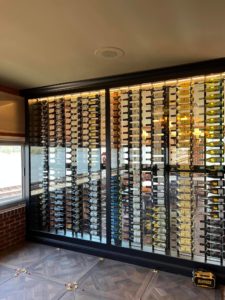