Along the southern banks of the Missouri River, about forty miles outside of Kansas City, sits a small town with a rich history. At first glance, you may not guess that it was once the largest city west of St. Louis. The city of Lexington, Missouri, celebrates its bicentennial this year, and in those 200 years, it has seen some of the most fascinating pieces of Missouri history and remains a welcoming town for visitors to stop and become enriched by its unique story. In this blog, we are going to tell you everything you need to know about visiting Lexington, Missouri!

When you hear the Battle of Lexington, you may jump to the battles of Lexington and Concord that kickstarted the American Revolutionary War. In fact, Lexington, Missouri, was named after that very same battle. Yet it would also become the site of a historic battlefield, 86 years later, during the Civil War. Read on to learn more about the story of Lexington, Missouri, the museums that commemorate it, and how the town is celebrating its 200th birthday. 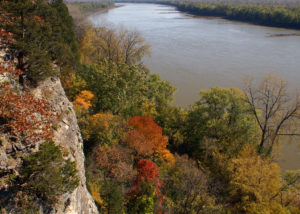 Founded in 1822, the city of Lexington grew rapidly as the seat of Lafayette County. This was thanks in large part to its strategic position along the Missouri River. It was a hub for trade in the 19th century, as merchants set up shop in Lexington. They mostly aimed to serve travelers heading westward. The parent company of the famous Pony Express had its headquarters on Lexington’s Main Street.

As technology advanced and steamboats entered popular usage in the United States, Lexington’s spot along the river became even more of a boon. The steamboats were bolstered by nearby coal mines. These would provide fuel for them as they went across the Missouri.

Although the town was not yet founded during the Lewis and Clark Expedition, the party passed through the land that would later become the site of Lexington’s foundation.

Lexington’s position as a successful commercial hub put it in the sights of both the Union and the Confederacy upon the outbreak of the Civil War in the 1860s. The state of Missouri was already a flashpoint for tensions during this era. It was a slave state that officially remained in the Union, despite claims from the Confederacy. Union forces hoped to establish control over Lexington due to its riverside position and pre-war status as a trade center. They headquartered in the local Masonic College, but were soon recalled to St. Louis.

However, Confederate sympathizers struck in August 1861, and surrounded the Union soldiers. They arrested many Union figures, including former Missouri governor Austin A. King. Hearing of the situation in Lexington, federal reinforcements went to take command, setting the stage for battle.

The First Battle of Lexington lasted for less than a week in September 1861. It is also known as the Siege of Lexington or the Battle of the Hemp Bales. Union Colonel James Mulligan faced off against Major General Sterling Price of the Missouri State Guard, which was in support of the Confederacy. The defending Confederate forces greatly outnumbered the Union soldiers by over a 5:1 ratio.

The battle was best remembered for the Missouri State Guard’s use of hemp bales as part of their fortifications. This is the origin of the name the Battle of the Hemp Bales. Hemp, used in rope manufacturing, had been a major product in Lexington. Bales were taken from a local warehouse to create a line of defenses against Union forces. By the end of the week, the outmanned Union forces under Colonel Mulligan surrendered to Price’s men. This signified a major Confederate victory. However, it was not to last for the Confederates, as their strength in Missouri waned by the end of the year. The Union regained total control over the state by 1862.

The failed siege was not the only time Lexington would be the site of skirmishes during the Civil War. By September 1864, Sterling Price was fully folded into the Confederate Army. He began a campaign of raids in Missouri in an attempt to recapture the state. That October, two Union brigades under the leadership of Major General James Blunt staged a position near Lexington to confront Price and his men.

The Second Battle of Lexington came to a head on October 19, and once again, the Union forces were hopelessly outnumbered by the Confederates. Nevertheless, Blunt and his men fought valiantly against Price’s army, and forced the Confederates to use their most valuable artillery. However, by the end of the fighting, the Union forces had to retreat. Yet the Second Battle of Lexington was even more of a pointless victory for the Confederacy. Just four days later, Price was decisively defeated at the Battle of Westport. This marked the beginning of the end for Price’s campaign. 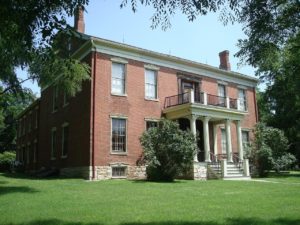 Although Lexington is no longer as busy as it was before the Civil War, the city still holds its history with great reverence and is the site of many great historical centers and shopping and travel opportunities. Today, Lexington markets itself as “offbeat and original, but not off the beaten path.” Continue reading to see what opportunities are available when visiting Lexington, Missouri.

The Battle of Lexington State Historic Site, established in 1958, preserves the battleground of the First Battle of Lexington. It is located on the north side of town, and encompasses the Anderson House, a mansion that was caught in the middle of the fighting. Bullet holes and cannon shots remain in the walls of the house. Tours of the battlefield and walking trails are provided over its 94 acres. The site’s visitor center, to which admission is free, acts as a museum that has fascinated visitors since it was built in 1991. It features exhibits about the Anderson House, the battle itself, and Missouri’s role in the Civil War as a whole.

The Anderson House is not the only place in Lexington that wears its battle scars with pride. The Lafayette County Courthouse was struck with a cannonball during the First Battle of Lexington. That same cannonball remains lodged in a pillar on the left side of the courthouse. This has brought considerable attention to the Classical Revival courthouse. It is also the oldest courthouse in continuous use west of the Mississippi River, having been built in 1847. 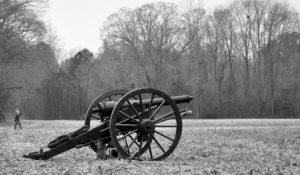 The Lexington Historical Museum, located on South 13th Street, features a wide range of preserved historic items and memorabilia, including the sword that Colonel Mulligan gave up during his surrender during the First Battle of Lexington. It also includes exhibits regarding the 19th-century steamboat trade in Lexington, as well as the river bluff coal mines in the area, the Pony Express and Osage Nation Native American tribe.

Lexington was once the home of the Wentworth Military Academy, a U.S. military junior college that operated from 1880 to 2017. The grounds of the academy were sold at auction after its closure. However, downtown Lexington now has a museum dedicated to the academy’s history. The Wentworth Military Academy Museum on Main Street proudly displays exhibits from the college. This includes the stained-glass windows once featured in its chapel.

2022 marks 200 years since the founding of Lexington by ferry operator Gilead Rupe. Lexington has celebrated its history with a Bicentennial Week, held from June 19-25, 2022. Juneteenth celebrations were featured early on in the week, as well as several local festival events, such as a tractor show and live music. The Bicentennial Week was rounded out with a 5K run and parade on June 25. A time capsule from 1972 was even opened after the conclusion of the parade.

Outside of the Bicentennial Week, Lexington has also looked back at its history with a Civil War reenactment of the First Battle of Lexington. These reenactments are held annually on the anniversary of the battle from September 18-20. 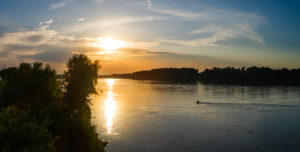 For more information about visiting Lexington, Missouri, as well as the city’s history, check out their tourism website which has more information on its historical sites, shopping opportunities, and places to eat. Also make sure to follow and like Lewis and Clark Travel’s social media pages on platforms like Facebook and Instagram for regular updates. Want more trip inspiration? Check out our other blogs.