Why Visiting Point Pleasant, West Virginia Should Be On Your US Bucket List

When you think of West Virginia, sprawling mountains, coal mines, and whitewater rafting probably come to mind. But, like lots of states in the midwest, there’s a different side to the Mountain State: its beautiful river towns.

One such town is Point Pleasant, West Virginia. Point Pleasant is located at the confluence of the Ohio and Kanawha Rivers — right on the Lewis and Clark National Historic Trail. It’s a place rich with history, full of outdoor recreation, and home to a bustling main street. For lovers of local culture and the American frontier, it’s a must-see.

Point Pleasant is called “the place where history and rivers meet” for a reason: it’s home to endless historical attractions and landmarks that date back to before the Declaration of Independence was even signed. The area, along with most of the Ohio River valley, was first laid claim by French explorer Celeron de Bienville in 1749. The land was later lost to British control during the French and Indian War.

The town of Point Pleasant was later settled in 1774, which is when the famous Battle of Point Pleasant took place. Although there is controversy over whether this battle was the very first of the American Revolutionary War or rather a conflict with natives as part of Lord Dunmore’s War. Regardless, a large obelisk-shaped monument stands today to commemorate the battle. You can visit it in Tu-Endie-Wei State Park and soak in the beautiful confluence of the Ohio and Kanawha Rivers. The park’s name conveniently comes from native language meaning “the point between two waters.” 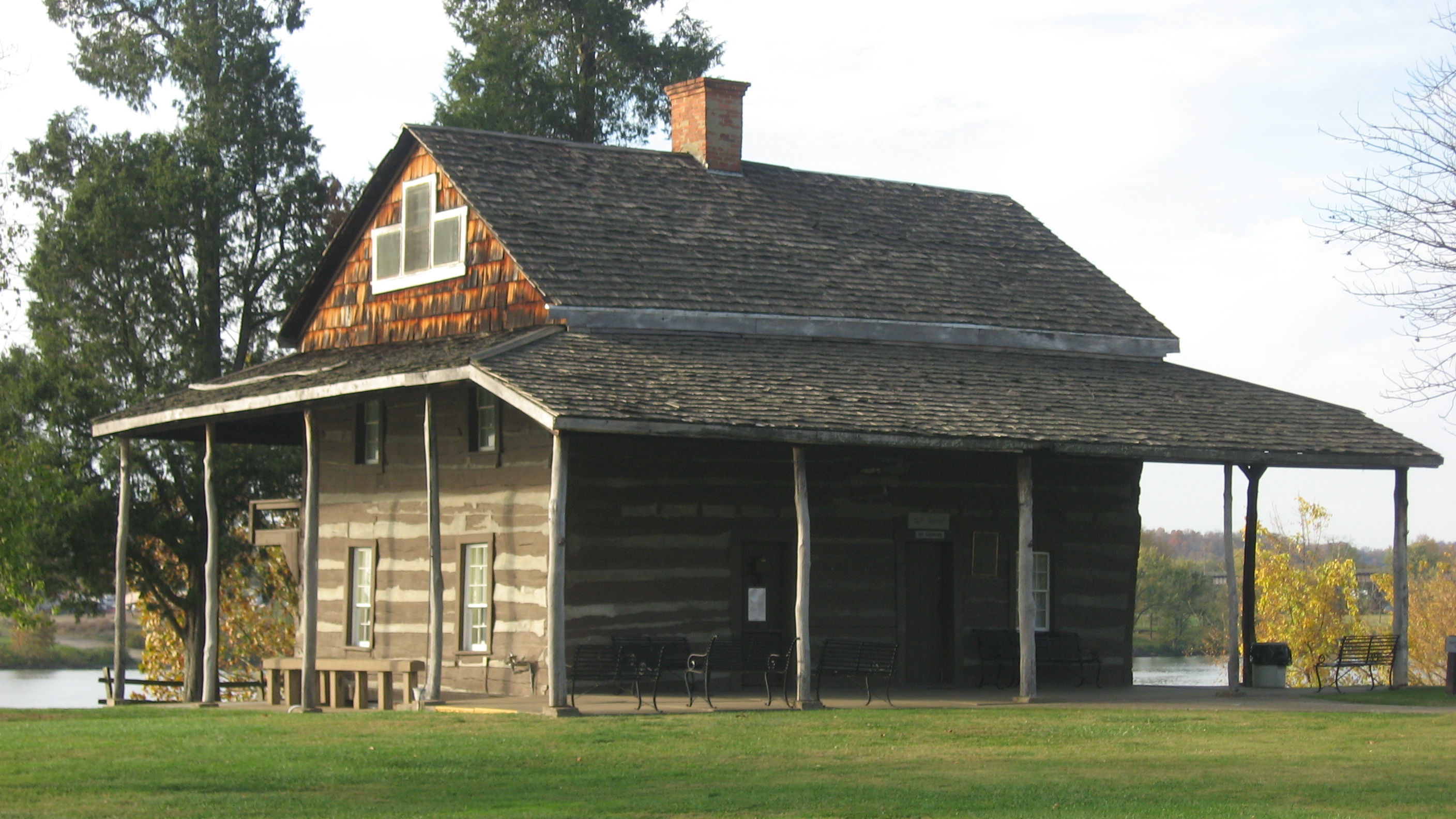 Located in Tu-Endie-Wei State Park, the Mansion House is one of Point Pleasant’s most significant and recognizable historic icons. It’s the oldest building in the town, too. The three-story cabin from 1796 originally operated commercially as a tavern, according to the National Park Service, but it functions as a museum today. It houses historic heirloom items, battle relics, classic furniture, and more.

If you can’t get enough of this area’s architecture, the Lowe Hotel is a great place to stay when you’re in town, too. It was built in 1901 and still holds much of that classic charm to this day.

Point Pleasant is also home to the state’s farm museum, which is a 50-acre plot of land “dedicated to the preservation of West Virginia’s early pioneer and farm life heritage.” There are more than 30 different buildings to experience at this museum along with log cabins, historic tractors, and a huge taxidermied horse.

Merriwether Lewis, partner of William Clark and member of the Corps of Discovery, also stopped near Point Pleasant along the Ohio River in September 1803.

It’s impossible to talk about Point Pleasant without mentioning arguably its biggest pull for tourists: the Mothman. The Mothman, according to West Virginia tales and folklore, is a cryptid creature — similar to Bigfoot or the Jersey Devil — that roams the area of Point Pleasant.

First sightings of the Mothman date back to the 1960s, when Point Pleasant gained national attention after residents reported seeing a man

-sized winged creature with glowing red eyes in the area. Sighting continued to pick up over the next several months and came to a head in December 1967 when the Silver Bridge, which connected Point Pleasant to Kanauga, Ohio, collapsed and killed nearly 50 people.

A 1975 book by John Keel called “The Mothman Prophecies” suggested that the Mothman was in part responsible for the collapse of this bridge. A film, largely based on this novel, was released in 2002 as well.

The story and mystery of the Mothman lives on today thanks to the Mothman Museum in Point Pleasant. A massive 12-foot-tall statue is seated outside the museum and has become quite a tourist attraction over the years. The museum is open seven days a week and includes real props from the filming of The Mothman Prophecies.

The Mothman craze doesn’t stop there, however. Ever since 2002, Point Pleasant has put on a Mothman Festival to commemorate the original Mothman sightings in West Virginia. Wagon rides, cosplaying, live music, and more round out the festival’s activities. It’s set for September 17 and 18 in 2022. There’s even a Mothman app available on the Google Play and Apple App Store.

If you prefer a more primitive way to spend the night in Point Pleasant, Krodel Park Campground is the place to be. The park is easily within walking distance of the town’s downtown area and main attractions, so you can soak in all the natural landscape has to offer while still being near the heart of the area.

Fishermen can rejoice at the 22-acre lake located on the premises, which is stocked with catfish, carp, bass, trout, and more. Water rentals are available as well. Make sure to check out both the walking trail and nature trail if you decide to stay at one of this park’s 64 campsites.

The Point Pleasant Riverfront Park is one of the best spots in the area to experience the Ohio River. The murals and statues in this park have been described as the town’s “best-kept secret.” A dock, marina, and pavilion are rounded out by the crown jewel of the park: its 800-person waterfront amphitheater. What’s better than some live music on the water on a summer day?

Just like many of the smaller towns along the Lewis and Clark National Historic Trail, Point Pleasant is home to plenty of places serving up top-notch local food.

The best place to start your day downtown is The Coffee Grinder. This cute cafe offers the usual favorite espresso drinks, ciders, chocolates, and pastries on the daily. But, its real bread and butter are the daily lunch specials, which consist of a delicious rotating menu of soups, sandwiches, and bread. Sweets like milkshakes and, of course, Mothman cookies and cupcakes, are available as well.

For lunch, you can’t go wrong with Tom Tom’s, which serves classic American food and delicious sandwiches. The picnic area and plethora of outdoor seating make for a perfect stop on a nice day. You also might want to try Tom Tom’s rotating menu of sweet treats like dump cakes and cheesecakes.

For some of that classic country cooking around dinner time, Mountains Roots Restaurant might just be the place to be in Point Pleasant. Expect a home-cooked feel with every meal on the menu, which features plenty of Appalachian and local classics.

If you’re craving a margarita after a long day of Mothman-themed adventures, Rio Bravo II is your spot. Who knew West Virginia had such delicious and authentic Mexican food?

And last, but certainly not least, is the Village Pizza Inn. This is the place to be if you’re feeling really hungry as you can take on the pizza challenge, which asks a group of three to eat a 30-inch pizza with three toppings in 30 minutes. Think you’re up for it?